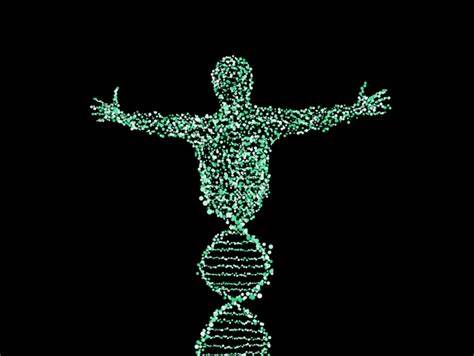 New concepts emergence in cosmetics is not always a guarantee of sustainability. Many ideas, based more or less on scientific advances, are regularly proposed. Some of them impose themselves as new paradigms, very little in fact, while at the same time a lot of these ideas disappear, to reappear a few years later, in modified forms. Epigenetic escapes this situation.

This notion of epigenetic appeared  in the cosmetic world in  the  late 2000s and early 2010s. Its origin is to  be found in older terms such as “epigenesis”and “genetics”. This”portmanteau word” as describe by some people, will first challenge people. Initially called junkies DNA to describe this genetic material whose function we do not really know, things will be come clearer slowly.

Curious about everything, but especially about novelties, cosmetic industry will be interested in this question and jump on it.The movement will begin in a somewhat disorganized way by including in this notion ideas that are not necessarily related to this concept and a certain confusion with the environmental impact.

We can read again this contribution from the mid-2010’s on this theme:

But we will gradually see clearer notions appear,  while still looking for positioning and understandable storytelling. New concepts are emerging and, as always, actives are emerging quite quickly, then products.

From a definition that is now generally accepted, and which ist he study off actors that modify the nature of mechanisms interfering in a reversible and transmissible way on the genes  expression without changing the sequence, this idea has imposed itself strongly in the cosmetic world.Many commercial launches are the demonstration.

Without affirming that epigenetic in cosmetics has become to date a perfectly stable concept, we can consider that the period of hesitation is over and that things are now relatively stabilized to be able to talk about it properly. This is what Jean-Christophe CHOULOT did brilliantly during the International Scientific Symposium organized by the French Cosmetics Society in November 2021. We are globally 10 years after the emergence of the concept. Jean Christophe presented a complete tour of this question and the ingredients proposed in this area.

But the news does not stop there since one of the applicants for the Cosmetic Victories Award 2022 is inspired by these questions: SkinRNA Micro-cell Test, an epigenetic diagnostic test that quantifies the effectiveness of skin care thanks to to real-time gene expression activity.

Thanks to Jean Christophe for this contribution.