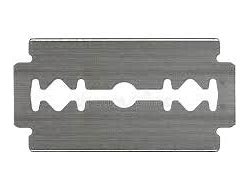 You all know the term “hipster”. Until recently, it was used to refer to not-so-new a practice – now it corresponds to a particular trend. Plus, it often described the young bearded men that brought the Art of the Barber up to date: indeed, there has been a real revival of this very old practice. Why take interest in this term again? Because it was given a new meaning in 2021. Of course, the spelling is quite different, which can be confusing. The new term, HyPSTER, actually describes the first project for the underground storage of green hydrogen in a salt cavern. This project is supported by the European Union and the demonstrator will be installed near Lyon, France. HyPSTER was initiated in early 2021 with an engineering study which preceded a phase of experiments under real conditions. It will help better identify the place of storage in the hydrogen value chain. In the long run, the demonstrator is aimed to support the development of the hydrogen economy in Europe – a most eco-friendly approach which cannot but please Hipsters, for whom ecology is a credo.

Now, here is an opportunity to talk about the Art of Shaving again. The Art of Shaving is a significant beauty act mainly intended for men, but also, to a lesser extent, for women. It covers a series of facts, products, and particular equipment which make up a complex, but fascinating world. La Cosmétothèque started taking interest in this theme a few years ago, by highlighting a series of publications we wanted to remind you of here.

These articles all deal with the Art of Shaving in general, but also with the fascinating world of razors. Indeed, to understand everything that relates to shaving, you need to know about the evolution of razors.

The first razor blade is believed to have been invented in about 30,000 BC. Men trimmed their beards with an object made of sharpened flint naturally called a “flint”. They used it in many different ways, letting their beards grow or shaving them, depending on the periods and customs. As required by a Hindu ceremonial known as the Godanakaruman, in India, boys were shaved for the first time when they turned 16. This first-shave ceremonial was performed by a hairdresser.

Then, the trade of barber-surgeon appeared in the Middle-Ages. It was created after the Church condemned the practice of surgery. This ban led professionals like tooth pullers, stall keepers, or barbers to carry out minor surgery operations. At that time, the term “barber” referred to three different trades:

Patchily, bearded or beardless… That is how things went around the world until the 19th century, when “modern” shaving can be said to have emerged. In 1900, most men were still shaved either periodically by their local barbers, or at home, when they felt the need to, rather than regularly. Back then, for their most loyal customers, barbers had a seven-day razor set labelled from Sunday to Saturday, so they only used one razor per day.

Home shaving emerged in the early 20th century with the development of safety razors – thanks to Gillette – which gradually replaced pogonotomy. It was democratized thanks to technological advances, especially as regards blades. To understand this world, La Cosmétothèque initiated real research work and discovered an astonishing, most fascinating association we recommend: Les Rasophiles. Click here to find out what they make of their passion: https://www.rasophiles.fr/. In early 2021, this very active association published a most boosting post-lockdown mood note with very colourful unexpected razors. https://cosmeticobs.com/en/articles/products-38/brief-history-of-shaving-through-products-part-3-hot-shaving-3958. Deals more specifically with a shaving technique: hot shaving. Discover or rediscover the device that dispenses hot shaving cream, like a surprising aerosol can which dispensed ready-to-use shaving cream.

Also read this one: https://cosmetotheque.com/en/2019/10/18/hot-shaving/. It presents modern clippers recently re-released by their manufacturer.

Lastly, please read this publication for which we reviewed all the other products invented by this industry: https://cosmeticobs.com/en/articles/products-38/brief-history-of-shaving-through-products-part-4-shaving-support-products-4218

Ultimately, there are various anecdotes to be discovered, like in this article, https://www.biusante.parisdescartes.fr/cosmetotheque/pdf/cosmeto-nouv-017.pdf, in which we focused on the razor taken on board Apollo 9, so Armstrong could step on the Moon freshly shaved.

There are a few other curiosities, such as the idea that shaving could be considered as microdermabrasion – that would actually make shaving an anti-ageing gesture! Or these radioactive razorblades (!!!!)

In the meantime, many brands also took interest in this world by offering products, solutions or devices: a market leader, Philips, developed a surprising razor, One Blade. And of course, the market leader, Gillette, releases innovations on a constant basis, using extremely sophisticated technologies to make razorblades. Also, many brands started to focus again on the grooming and shaving market: it would be too long and tedious to mention them all, so we will simply take the example of a rather recent French brand which innovated through its distribution choices: subscriptions with boxes that regularly offer products and tips: Monsieur Barbier.

That’s it, so if you feel like reading or re-reading about this, please don’t hesitate to click on these different links. We promise we did not split hairs!

Have a good read. 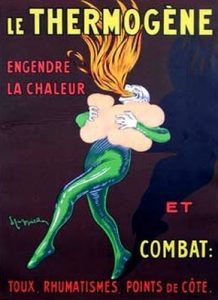 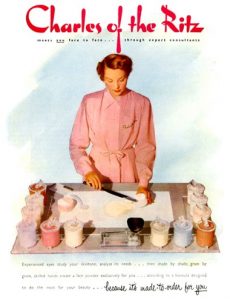