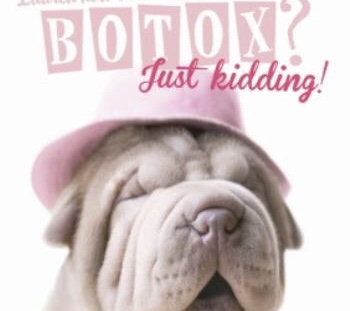 We have seen in the previous episode that Botox had become a basic gesture of beauty and aesthetics in general. But that its use was complicated, even impossible in cosmetics. However, the cosmetics industry will not stop there and will have enough solutions, which will be called “botox like” or “cosmetic botox”.

The substances obtained were derived from research on neurosciences, in particular on membrane fusion. The study of the mechanisms that help transmit information through the synaptic pathway provided the elements needed to obtain candidate-molecules. During the transmission involving a nerve structure, several structures play a role. The neurotransmitters responsible for this transmission are stored in small membrane vesicles in the presynaptic neurons. The release of these neurotransmitters is triggered by the depolarization of the neuron which, in turn, activates the calcium channels. The influx of calcium triggers the fusion of the synaptic vesicles with the plasma membrane. The fusion of the vesicle and plasma membranes is mediated by the SNARE proteins (N-Ethylmaleimide soluble – sensitive factor attachment receptor, or SNAp REceptor). This is the mechanism used in the case of botulinum toxin that we have described to you in this contribution. These proteins can be used in the traffic of the secretory pathway, including neurotransmission. These mechanisms were discovered in the late 1980s and better understood in the 1990s.

Lipotec specifies that ARGIRELINE® peptide was obtained with a method developed by Professor R. Bruce Merrifield, of Rockefeller University (USA), who received the Nobel Prize in Chemistry in 1984 for this revolutionary discovery. It was exclusively manufactured and supplied by Lipotec™ Active Ingrédients.

That was in the late 1990s. A Spanish company quickly took interest in these issues: following appropriate research, they identified a group of substances that could meet test needs. Indeed, peptides were unique in that they shared a similar structure with some of the proteins involved in these mechanisms, especially a specific hexapeptide. This molecule was called Argireline™ (INCI: Acetyl Hexapeptide-8). It was the replica of the N-terminal extremity of SNAP-25, one of the elements of the SNARE complex. It competed with the natural protein to position itself in the SNARE complex by destabilizing its formation, without breaking any of its components: that is a difference with botulinum toxin. However, if this peptide targeted the same group of proteins, it did it in a slightly different way. When the SNARE complex is slightly destabilized, the vesicle cannot efficiently release the neurotransmitters, so the contraction is significantly reduced and the effect wanted is obtained. This molecule immediately appealed to the cosmetics industry: several products were soon developed with an anti-wrinkle claim associated with this mechanism of action.

Many in-vitro and in-vivo studies confirmed the efficacy of the molecule, as well as its good tolerance. The anti-wrinkle activity was not the only one to be associated with this molecule. Other effects were demonstrated, but the anti-wrinkle effect was the most appropriate. Other information can be found in the content available on the supplier’s website.

This was the beginning of the 21st century. Countless products were launched with this molecule, which became one of the generic actives of the past decades. As they kept focusing on its development, Lipotec, the manufacturer, found a new, more efficient version 20 years later. This specialty is called Argireline Amplified™ peptide solution. According to them, it offers a 33% improvement compared to the original molecule. Acetyl Hexapeptide-8 (INCI) is also characterized by its natural origin (99.5% ISO 16128 standard). Other effects were also assessed, as well as its in-vivo properties, which were demonstrated in different ways. All the information needed is featured on the supplier’s website too.

As we said, this series of molecules are now reference substances for this type of activity. Of course, competition played a role, in particular with the development of tests to screen a large number of molecules. Other substances with this mechanism of action were regularly marketed by manufacturers, including the following.

Although peptides represent a perfectly adapted pathway, other substances also provided similar results, like the following:

Specific substances can also play this role, as can be seen with an anti-wrinkle treatment called the Snake Venom cream[1] based on polypeptides derived from viper venom: Tropidolaemus wagleri. Garancia from its side works with molecular biology laboratories which also work for the pharmaceutical industry. They isolated a protein in viper venom, waglerin, which has relaxing effects on muscular contractions. After purifying it, they isolated the beneficial actives: 23 amino acids which were grafted on molecule chains (synthetic peptides) to improve skin penetration. There are also products based on bee or wasp venom, and even cobra venom.

Many substances show properties close to these neurotoxic compounds. No doubt manufacturers’ creativity will help supply other specialties compliant with the rules, of course, and guaranteeing absolute safety and efficacy.

As mentioned in a previous contribution, another mode of action has also been proposed. This is to counter an essential property of the dermis which is fibrillar contractility. In this approach, the substances involved interact with the contraction of fibroblasts and collagen fibers to decrease “dermocrispation”. The most representative products of this class are based on Boswelox ™, an active ingredient initially developed by the L’Oréal group (Dermo Expertise).

That is how, and based on what cosmetic Botox, or Botox-like, emerged: products with the same mechanism of action as botulinum toxin, without its toxicity and drawbacks, and with proven anti-wrinkle properties, and sometimes other completing actions.