As what we call “cosmetofood” is back in the spotlight, most of you must have never heard this rather odd term: “Cosmetolégumes” (“cosmetoveggies”). And yet, it refers to an interesting project which had few drawbacks, one of which being that it was designed and developed too early. Born from the contraction in French of cosmetics and vegetables, it made a very short appearance in the world of cosmetics. And yet!!!

It was at the turn of the 21st century, as the 20th was slowly disappearing. This concept emerged thanks to Jean Morelle, who worked a lot on the notion of oxidation, among others. In his book “L’oxydation des aliments et la santé”, the author took interest in several issues. 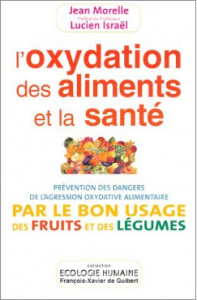 This book is a broad synthesis made by an original researcher who spent the past ten years studying free radicals and antioxidants. He accumulated, gathered, and classified all sorts of informative elements regarding nutrients’ properties and useful or harmful effects on ageing, vision, skin, and a number of pathologies. Using proven techniques, Jean Morelle updated the vision and scope regarding the conditions in which every day cooking acts on fat oxidation and the preservation conditions which make fat degrade and become hazardous.

He made a hypothesis according to which certain plants used for cooking might counteract the oxidation phenomenon and can not only protect food from oxidation, but also neutralize oxidation products. He suggested the idea of an “antioxidant” food diet based on three different actions:

The third suggestion was the most original, because it was not widely used, from a conceptual viewpoint. It added a new dimension to the field of protection against oxidation. According to him, if fruit and vegetables had a more or less anti-radical action – a well-known property – few were peroxide sensors. It meant these foodstuffs were a sort of antidote to oxidation – a brand new paradigm in a field that had started to stagnate. These new observations paved the way for new cooking mastery, a nutritional prophylaxis meant to be a milestone.

To substantiate his theory, the researcher presented a few test results. With his experiments, he showed that levels of peroxides and lipoperoxides in cooking oils oxidized for the tests were likely to significantly decline in the presence of certain plants. The table below best illustrates these results. 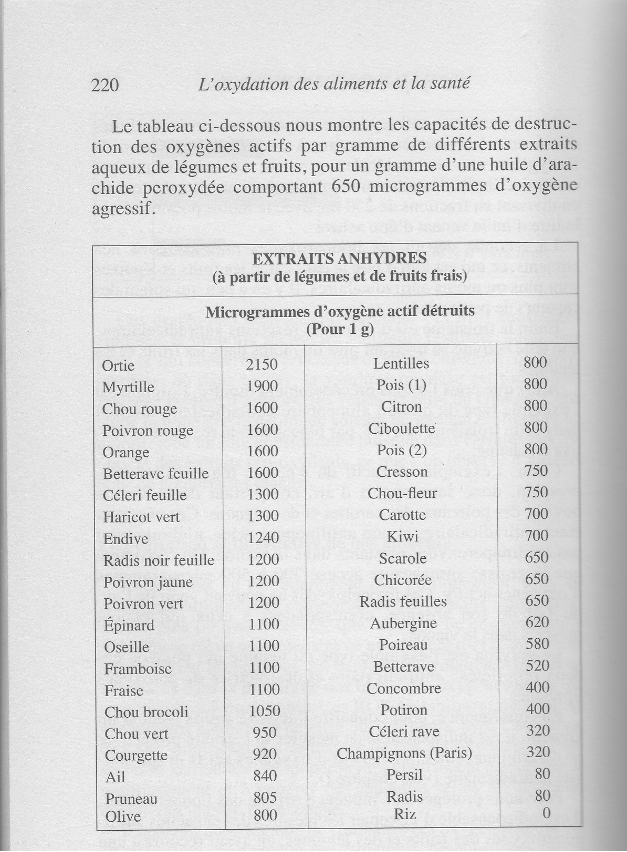 Based on these observations, ingredient manufacturer Bomann Laboratoires which will be integrated to Soliance group [1] had the idea to apply this to cosmetics and skincare. It was actually widely recognized that the formation of ROs[2] in the skin was one of the main causes of intrinsic ageing. Protection against the formation and action of these free radicals became a common approach, but by using antioxidants, rather than by neutralizing the peroxides formed. The laboratory manufactured extracts that could be used both by the pharmaceutical and cosmetic industries to develop corresponding products.

These extracts were named COSMETOLEGUMES-1.pdf

Among the plants described as likely to generate these effects, the first extract of the range showcased was a Belgian chicory extract. In the presentation, the manufacturer claimed that a sufficient dose of this ingredient, 1%, reduced peroxide and lipoperoxide levels, or even destroyed these substances. 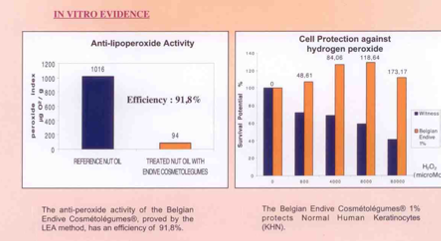 The laboratory was not as successful as expected, for multiple reasons, the main one probably being the inflation of antioxidant solutions. At that time, people did not really try to find other ways to manage oxidation than packing products with exogenous antioxidants and playing on the “right concentrations” – usually the highest. The concept will also be the starting point for an antioxidant food supplement called Rexynol 4®.

Recent knowledge on these issues, in particular the role and intensive use of exogenous antioxidants, might lead to revisit this approach. Plus, it perfectly corresponds to today’s naturalness trend.

But the laboratory has disappeared and the idea is now forgotten! A word to the wise is enough!!!!!

[1] It now belongs to Givaudan.