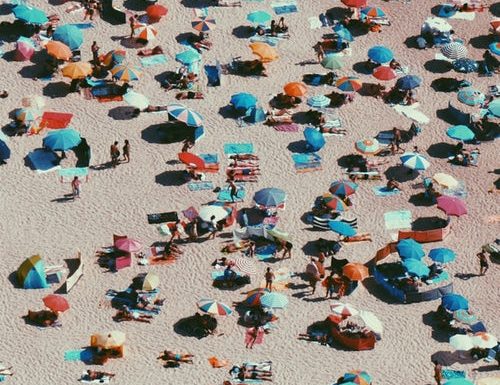 Was tanning invented? We owe this approach to Pascal Ory. The definition of tanning would be: “how to cover the skin with a layer comparable to bronze?” !

The phenomenon of tanning has become very important and has shaped our lives and behaviors for many decades now. Long attributed to the influence of a few “people”, but among which Jean Patou plays a much more important role than Coco Chanel by inventing the Oil of Chaldea in 1927, and a period during which some will play the role of early follower like Eugène Schueller with his Ambre solaire in 1935. Follower, because the origin of the emergence of this phenomenon is different and anterior to that. This phenomenon owes nothing to the discovery of a biological phenomenon that we did not know, but rather to societal trends, which are not paid leave as some claim, but naturalist medicine which will develop in the future. beginning of the 20th century. The “peoples” will be the ambassadors.

In a series devoted to tanning in a French braodcast, the various aspects relating to the color of the skin are taken up by Pascal Ory who has developed remarkable work on this point. Other speakers at the same time talk about the color white and its meaning, which is not the same in all cultures.

To read or listen.