Rather curiously, if you leaf through cosmetics formularies – even old ones – linseed oil rarely appears. It even seems to be very little or never used. On the contrary, flax is widely grown: its annual production amounts to several hundreds of thousands tonnes and its fibres are used in many fabrics to make clothes. Where does this disenchantment for linseed oil come from?

Indeed, since creativity is often a choice criterion when it comes to cosmetic ingredients, it would be interesting to know why this oil has not found favour with cosmeticians.

It does not seem to come from its composition. It is not particularly rich or, on the contrary, poor in significant substances, except for polyunsaturated fatty acids (PUFAs), which it contains in high quantities, in particular linolenic and linoleic acids – the latter even owe linseed oil their names. 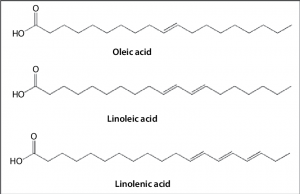 Linseed oil is derived from cold- and/or hot-pressed ripe seeds of cultivated flax: it is usually extracted with a solvent for industrial or artistic uses, mainly as a drier or self-drying oil also knows as siccative.

Is this drying power the cause of such lack of interest in this substance? The drying effect makes oils very quickly polymerize and harden almost at room temperature. It is often associated with rather ordinary uses, but above all, it raises safety issues. Linseed oil is a self-drying oil par excellence. It used to be intended for industrial purposes – paint, varnish, wax polish, putty for tiles, etc. – rather than for products with a high added value. Siccative agents for paints based on linseed oil usually contained high levels of lead, which made them toxic or infectious.

As a result, the sale of linseed oil as foodstuff was even banned in France until 2008, although it was authorized in Germany. And the same went for other uses intended for humans. This is probably where disenchantment comes from. In 2008, linseed oil was authorized in foodstuffs, as part of mixtures, but the oil content in “trans” fatty acids was monitored. Linseed oil is now authorized in common food if it is mixed with seasoning oils or spreadable fats, as well as in food supplements.

Then, there is a second reason why it is not popular, which is probably related to the fact that knowledge on PUFAs is pretty recent. If what PUFAs were was known, what they did was less clear. In the 1970s, only their role in the composition of biologically active lipids was described. The interest in oils rich in PUFAs grew with the emergence of the “omega” concept. Indeed, oils are characterized by their content in fatty acids. In this category, unsaturated, mono- and polyunsaturated fatty acids are particularly interesting, because they are considered as pseudo-vitamins the human body cannot make, but uses in many biological systems. We are actually dependent on exogenous supply. These Omegas are classified in a chemical nomenclature according to their number preceded by the “ω” initials, for “omega”. The number comes from the position of the first double bond of the acid carbon chain, starting from the end opposite carboxyl. The main types of Omega fatty acids are Omega-3, 6, and 9. As a matter of fact, linseed oil is extremely rich in these three fatty acids. Over 70% of the fatty acids contained in this oil are PUFAs – the three main ones – which is quite rare.

All this makes it a particularly interesting ingredient in human health applications. In cosmetics, beyond use as lubricants or emollients, we know that PUFAs play a role in the inflammation process, i.e. “inflamm’aging”, that they help create the barrier effect when they are incorporated in acylceramides, which means they are good moisturizers, and that they reduce TEWL, etc. Also, their relationship with the microbiome is starting to be described. There are many good reasons to use these substances. 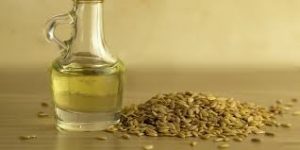 Linseed oil is extracted from flax seeds harvested ripe, dried, grounded and pressed. Linseed oil, or “flax seed oil”, is a golden yellow vegetable oil. The cosmetics industry did not quickly seize this opportunity though, but now that highly unsaturated oils, like kernel oils, Sacha inchi, or woad oil, which is much similar, are more and more widely used, things are changing. Uses as a food supplement also contribute to its growing appeal. To obtain oil safe for human consumption, flax is usually cold-pressed. The oil and the products containing it must be subject to a rigorous study as regards oxidative stability.

Linseed oil has been more frequently used in cosmetics for a decade. Here are some examples: https://cosmeticobs.com/en/ingredients/linum-usitatissimum-seed-oil-1090. Or just have a look at the following series of products based on linseed oil, including the years they were launched: Utilisations huile de lin.

A new cosmetics range has just been placed on the market: https://linaeskincare.com/fr/

All these brands must have solved the formulation problems caused by this very fragile oil. But they do not unveil much of their recipes! One solution may involve the final dose, which is often extremely low! And it is a shame, given the outstanding properties of this oil. No doubt the product performance is lower.

Long used in commodity products by the industry, this “old” ingredient re-emerged thanks to its main qualities after being wrongly forgotten. Maybe it will soon sit imposingly in beauty stores rather than hardware shops. It might not be necessary to travel the world searching for ever-more exotic things, when we have other things at hand that do what they are asked perfectly well!!!!