Have you known Barbara Gould? The brand still exists, but it lost quite a lot of its prestige, after enjoying a prominent status in the cosmetics world in the 1950s-80s. Now, if its name sounds American, it actually also has a French history.

In the 1970s, unthinking people thought Barbara Gould was Barbara Streisand, after she married Elliott Gould.

That is what we had fun telling everyone at our plant in Pantin, next to Paris. Why Pantin? The plant used to manufacture Barbara Gould products, because this brand of American origin was part of the Bourjois/Chanel galaxy. It was even the most advanced cosmetics brand in the group. Bourjois was mainly positioned on the perfume and makeup segment, and Chanel was still almost exclusively a perfume brand. As far as cosmetics were concerned, beyond products that were remembered, like the sun jelly, they had mostly invested in makeup. And Barbara Gould actually served as the technical base from which Chanel cosmetics were redeployed starting from 1975.

As James Bennett reveals in a wonderful research publication on this brand, which I invite you to discover, Barbara Gould was born in the United States.

The range was launched in 1928 by Woodworth, a former American company which produced a perfume range, flavouring extracts, toiletries, and hair care products. Ralph Harris Aronson [1888-1935], President of Woodworth, Inc., seems to be the one that led to the creation of Barbara Gould. He married a woman called Edwarda Gould, with whom he had a daughter, Barbara, in 1924. This suggests he may have named the new company after his daughter. Pierre Wertheimer [1888-1965] and his brother Paul Wertheimer [1883-1948], who headed Bourjois in France at that time, took over Woodworth in 1929 as part of a share exchange. As a consequence, they also took over Barbara Gould. This merger made it possible for Woodworth to use Bourjois’s manufacturing facilities and expertise, and in return, they gave Bourjois access to their American distribution channel. Pierre Wertheimer was appointed President of International Perfume and Ralph Aronson became the Vice-President and General Manager. In November 1929, after the Wall Street Crash, International Perfume shareholders voted to rename the company Bourjois, Inc. (New York): starting from January 1930, Woodworth products either disappeared or were renamed Bourjois.

But there was a Barbara Gould. The person who played this role seems to have been Ruth Eliza Francis, born Buffalo, in the State of New York, in 1899. She had a “privileged” relationship with Ralph Aronson and worked as the brand’s spokeswoman for a while. She was presented as an “American beauty expert”.

As soon as the brand was launched, it combined Barbara Gould face creams with Woodworth face powders. The original Barbara Gould skincare range was composed of several creams, including the Woodworth Weather Cream (1927). This range was based both on an approach which highlighted simplicity and on the “four ages of beauty” concept. The routine started with a makeup remover, followed by a lotion and a cream added as women got older. The four ages were: teenage years, the 20s, the 30s, and the 40s and over. To each phase corresponded specific products. After 1935, as part of a marketing change, the “four ages of beauty” were abandoned by advertizing and Barbara Gould adopted a more traditional approach based on skin types to organize their ranges: normal, oily, and dry skins.

As part of his work, James Bennett details the main products that were included in the range over time. Some of them were quite original back then, like the Hand Cream, a product for the décolleté, makeup for the back, or even face gymnastics. There were also a “muscular” cream intended for massages and a fluid which activated microcirculation based on a chili extract. As soon as 1928, a lipstick range was developed and later completed with a makeup range, in the early 1930s. For example, there was a liquid foundation, Complexion Dressing, which suited all skin types. It was great on the neck and décolleté, because “it did not transfer on clothes”. The Mandarin Tan shade of Complexion Dressing was later recommended as a stocking substitute during World War II.

The European part is quite vague: only few elements remain from the period before World War II. Still, we know the company opened beauty salons all across Europe, starting with Paris, as shown in the newspaper cutting below.

The company also led a parallel life, first in North America, in the US, Canada, and Mexico, and then in Europe, thanks to salons. The American part is perfectly described by James Bennett. In 1935, Ralph Aronson suddenly died following an operation. Ruth Francis’s contract with the company seems to have been terminated around that time. Her last shows for Barbara Gould date back to 1936, and there is no later reference to her in the company’s literature.

From a logistics standpoint in Europe, it appears products were first imported from the US. Then, in France, Barbara Gould SA was founded 135 Avenue de Neuilly, in Neuilly-sur-Seine, just west of Paris, in June 1940. The US had not entered the war against Germany yet, so the new French company could operate on the French market. But it did not really have any activity in France after the war was declared. Barbara Gould was available in the UK throughout World War II, but Croydon’s Bourjois plant was severely bombed in 1940, so it was no longer available there afterwards.

During World War II, Barbara Gould was mainly active in North America, in particular in the US. In summer 1945, Pierre Wertheimer regained control of his French companies, including Barbara Gould. In the US, the business was streamlined. In 1952, Hugo Langdon Bell [1907-1992] became the new President of Bourjois and Barbara Gould, which he had joined in 1950, coming from Lehn & Fink, where he had been Vice-President in charge of sales. He spoke fluent English and French, which no doubt was helpful to negotiate with the Wertheimer brothers and the French part of the company. One of his first actions was to gather both brands’ sales forces in the US.

In 1951, the Barbara Gould headquarters in Paris were moved 43 Avenue Marceau, at the Bourjois headquarters. Barbara Gould immediately started developing a full-blown business in France and Europe. Taking advantage of the success of “great” American beauty ladies’ brands (Helena Rubinstein, Elizabeth Arden…), the brand positioned on the same segment. It was first distributed in department stores. As advertizing was little developed at the time, the presence of stands in department stores was vital for prestige brands to get enough visibility to develop their businesses. The second starting point was retail stores, perfume stores and beauty salons, which represented a significant, dense distribution network back then. Although French and American ranges were mostly similar in the 1950s, the products got increasingly different over time. This may be due to the different positioning on both sides of the Atlantic and to a growing disinterest in the parent company. In France, after drawing inspiration from the American range, Barbara Gould developed its position by gradually reformulating its range and by adopting a new logo based on Leda and the Swan (see below).

New packaging was also developed. At that time, the brand was headed by Jacques-Pierre Normand who, after presiding over the future of Bourjois and Chanel, had relocated the brand’s operations 135 Avenue Charles de Gaulle, in Neuilly. Development activities took place at Laboratoires Bourjois and production was gradually moved to the plant in Pantin.

In the late 50s, the European range, still focused on simplicity, counted no less than forty products, without makeup, which made up an integral offering apart from skincare. The documents below present the list of products in the 1958 and 1960 catalogues.

The products included cleansers – standard products, after all. But the most original or specific were the following:

The brand also offered a complete makeup range: Gamme 1971. The products were based on the Bourjois know-how, because the company was an expert in lipsticks and eyeshadows. But the most original products were Microsillon and Actifluid.

The range was gradually completed with new products in the 60s and 70s. The company was then headed by a Monsieur Germain, and then by Émile Bouhanich, who later became General Manager. A range for normal and combination skins soon emerged: the Biogener range, containing Actigène, was meant to moisturize and regulate the skin’s oil production. The Matskin range for oily skins, based on Trigenol, soon completed the offering. The green-coloured Aveynul cream based on horse chestnut extracts was intended for skins with rosacea. The Filène cream was a slimming (rockweed) and softening body cream. Then, there were two new Netskin Cleansers, a Milk and a Cream containing Actigène. And as for makeup, there was a fluid foundation, Teintamat, available in several shades. To finish, the brand developed sun products to imitate major brands, like Lancaster and Orlane, who had only started testing this market before they were dislodged by the mass market. And of course, there was a perfume. 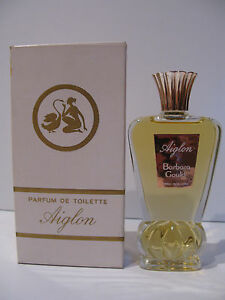 Since the range needed an update, it was completely reformulated in 1980, based on the notion of “Acts of Beauty” developed in the US in 1954 by the American subsidiary – again, to renew with simplicity. At that time, the company was headed by a new President, Micheline Kaufmann. This new positioning led to the whole range being reformulated based on the existing range to guarantee satisfactory continuity. The formulas were all reviewed to get modernized. The brand chose lighter formulas with a continuous aqueous phase to replace oily emulsions or anhydrous formulas with modern ingredients. The range was reviewed with “formulas-answers” in the form of three lines of daily care products and one collection of products for specific concerns:

Attentions Spéciales was created to solve women’s most frequent problems: it comprised four products to which Crème Picturale was added – an older product which got renewed:

The continuous decline of Barbara Gould in the US made the brand disappear after the 1970s, maybe even earlier.

In France, the range was still distributed. But Barbara Gould became a middle-range brand, in particular given its price positioning. As a sort of hybrid brand, as soon as the market evolved towards more affordable products made by major groups, like L’Oréal, and the selective market developed, it started suffering. The same went for a whole series of brands with an intermediate positioning, like Orlane, Harriet Hubbard Ayer, and many others. Likewise, the brand had to take into account its shareholders, who had other priorities and invested very little in the business. The company survived for a while, before being sold to Reckitt & Colman SA (France) in 1987, who sold it in 1999 to Carter-Wallace as part of a streamlining strategy. Today, Carter-Wallace still owns Barbara Gould, which is exploited by an intermediary, Laboratoires Santé Beauté.

That is it for this brand’s saga. It is likely no one remembers, but it used to be a flagship cosmetics brand. It was innovative, it used an icon to embody beauty much before anyone else, it relied on a particular know-how, that of Bourjois, and it settled in the US, the reference market back then – all these were significant advantages.

Lastly, with innovative products often ahead of their time, the brand lived its time by initiating quite a lot of advances. Its expertise was used as the basis on which Chanel cosmetics were deployed starting from the mid-70s – the renowned brand even resumed the concept of “Acts of Beauty”, Chanel’s skincare doctrine before Précision.

Thanks to all those who helped me, in particular James Bennett, for his initial research work.