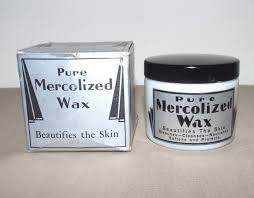 Mercury is a metal with multiple properties, but in cosmetics it is not very welcome, so far. Although it has been used for a very long time, it is nowadays banned in the majority of countries. Its toxicity explains this. However, two recent reports put this ingredient back in the spotlight. Back on this question

The first information refers to a fact reported in the press regarding a mercury poisoning of a woman who used a lightening cream mercury based. The second reports the fact that distributors in the “new world” had to recall certain products sold on their platforms following the identification of significant doses of mercury in these products. To conclude, I invite you to consult one of the last information concerning the RAPEX procedure concerning products containing mercury.

During the whole period of the white skin myth, mercury was used in the same way as certain other metals from the end of the 16th century. At that time, mercury entered in the composition of skin whitening products under two main chemical forms. First, the “sublimate” in which the metal takes the form of a solid, white mass. Transforming it into a powder will be called the “corrosive sublimate”. By using precipitation, it is another form of white powder called “purified sublimate” or “sweet sublimate” or calomel was made. These products will form the basis of a substance generally known as “Spanish white”. Indeed, the richest European mercury mine then located in Spain. The appellation “Blanc de Meudon” was sometimes also used. In whitening products, it will be gradually replaced by Bismuth salts but will still continue to be used in different forms. Red check color, called “the Rouge”, is the other way to use mercury salts. A large number “rouges” were made from mineral and metallic substances. Several substances will be at the heart of the preparations: cinnabar or vermilion, both are mercury sulfides. Its use will continue despite the use of natural and vegetable substances. 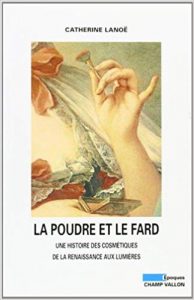 The antiseptic properties of mercury derivatives will also be the source of other uses. In the 20th century, the use of mercury salts in cosmetic products met various needs. Certain uses were associated with microbiological cleanliness, which meant that mercury derivatives were intentionally added to certain preparations, such as eye contour makeup, to guarantee sterility. This practice was abandoned a few decades ago. This is the case with Thiomersal or sodium mercurothiolate. This molecule has been used in pharmaceutical preparations as antifungals or as a stabilizer in vaccines. It is no longer used in cosmetics. But this may explain why certain mercury salts are still included in earlier versions of the inventory of cosmetic ingredients. The use of mercury in beauty products will continue mainly to make whitening creams. For centuries, creams and ointments containing mercury compounds have been used to treat a wide variety of skin problems, including syphilis, impetigo, acne and warts. Nineteenth-century dermatologists also used it as a lightening agent to treat pigmentation problems such as “ liver spots ”. Minimizing freckles was also a prescription. It is therefore not surprising that many 19th century patented cosmetics and medicines contained forms of mercury.

In an article very well documented as usual, James Benett takes stock of the use of these compounds. James reports that one of the most common products of this type was Dearborn’s “Mercolized wax”. The name “Mercolized Wax” wasn’t a chemical term but a trademark registered by the Dearborn Supply Company in 1911. The mode of action of mercury salts has been characterized. It mainly consists of an irreversible inhibition of certain enzymes involved in melanogenesis, in particular tyrosinase, associated with a slight exfoliating effect. From 1939 in the USA, usage restrictions will appear, gradually leading to a total ban in 1970. In Europe, the ban on mercury salts is also dated from the 1970s. 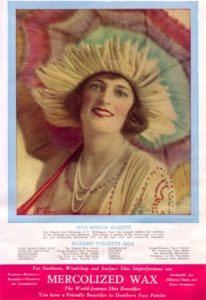 In Asia, the catastrophic Manamata accident has definitively downgraded this ingredient. The ethylmercury was the responsible.

So, for almost 50 years these substances should no longer be used. However, there are still countries in which the absence of regulations or the permanent vagueness has led certain indelicate manufacturers to offer this type of preparation. This is completely irresponsible. However, this practice should not be addressed to the entire profession, the vast majority of which scrupulously respect regulatory constraints. The incident concerning e-commerce distribution, however, highlights a weakness in this distribution channel, or the agility, responsiveness, and optimization means that distributors do not feel concerned by regulatory compliance issues. However, certain regulatory provisions oblige distributors to be more vigilant.

The fact that irresponsible people continue to develop prohibited products should not lead to general stigma.

Thank you for your attention.