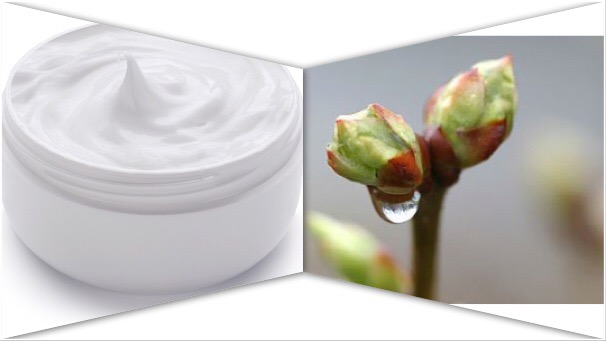 Yet a new term that seems to have been invented for marketing purposes. Well, actually it was not, and there is an original R&D story behind it.

Gemmotherapy is a branch of phytotherapy which uses plant embryonic tissue, more specifically buds, to treat certain ailments. It has been known since time immemorial. The use of buds dates back to the Middle Ages and the alchemist era, when syrups were made to treat respiratory diseases. Poplar buds were used to make ointments and pine tree buds to prepare syrups for throat use. At the same period, renowned abbess Saint Hildegard of Bingen added eight buds to her therapeutic drink preparation for the first time: apple, birch, blackcurrant, chestnut, ash, linden, wild rose, and poplar buds, as reported in her Book of Divine Works. But it is only in the 1960s that Belgian naturopath and physician Dr Pol Henry (1918-1988) drew inspiration from the results obtained by his colleague Neihans, who worked on embryonic cells of animal origin, to lay the foundations of what he would call “phytoembryotherapy”. 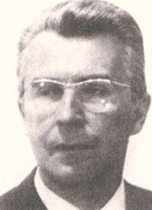 He extended this method to the plant kingdom by systematically studying a series of buds and sprouts. In the 1970s, homoeopath Max Tétau found a new name for phytoembryotherapy, “gemmotherapy”, which is now the widely recognized and accepted term. But the subject did not only change names, it also integrated principles that make it close to the theories and methods used in homoeopathy.

Derived from Latin word “gem”, which both means bud and gemstone, gemmotherapy only uses fresh embryonic tissue from plants, trees, and bushes, i.e. buds, sprouts, and rootlets. “Gem” also resulted in the word “gemmule”, which refers to the top part of a seed embryo: the germ.

Buds are believed to have more efficient therapeutic properties than the different parts of the grown plant. Since it is an embryo, the bud is said to bear the whole plant’s development potential, as if it were the roots, stems, flowers and fruit. The same goes for meristem: Pol Henry thought it contained the whole informative energy needed for the tree to grow. The bud also contains high concentrations of active elements, like hormones, trace elements, vitamins, minerals, and so on.

Gemmotherapy enthusiasts talk about the “wholeness” of the bud. They believe the embryonic tissue offers a much broader spectrum of action than each and every part of the plant. For example, hawthorn buds – hawthorn is regularly used in gemmotherapy – is thought to exhibit the properties of both the fruit (action on the heart muscle) and the flower (action on the heart rate). Even more evocative, the linden bud is said to combine the soothing virtues associated with this tree’s flower and the cleansing and diuretic properties of sapwood, the tender, whitish part which forms annually between the hard wood and the bark. However, this “wholeness” should not be considered an absolute rule. All buds do not have all the plant’s properties. The growth can also play a significant, even crucial role, in the development of certain properties. For example, raspberry buds do not offer the high vitamin C content of the ripe fruit.

Today, gemmotherapy indifferently refers to the phytoembryotherapy techniques related to phytotherapy and to the dilution techniques usually related to homoeopathy. Still, although scientific knowledge about plants’ curative virtues keeps increasing, no significant scientific publication has focused on gemmotherapy yet. As a result, no one can rule on its efficacy for now – a point it shares with homoeopathy. Yet, it does not mean it is devoid of any interest, in particular in the cosmetics world, where notions of efficacy do not have the same scope as in common therapeutic approaches. In addition, the cosmetics industry has provided more evidence of the usefulness of these preparations than any other sector. Lastly, right now, these disciplines represent the best-performing creative synthesis of all approaches to plants.

Maceration or dilution? “Quintessence” can be extracted in the form of a macerate by leaving buds and sprouts to macerate in three different complementary solvents (water – alcohol – glycerine). Then, there are two methods to prepare gemmotherapy products. One involves using buds in the form of an extract (macerate), while the other recommends carrying out a dilution beforehand, as is done in homoeopathy: the 1D form (for 1/10 dilution).

What about the cosmetics industry?

The cosmetics industry took interest in this technique when biological extracts started to be questioned following a few major issues, like BSE, contaminated blood, or the AIDS epidemic. Until then, apart from a few well-defined substances like vitamins, products with global activities were commonly used, and biological extracts, mainly from animals, sometimes human, like placenta extracts, were most frequent. It was the 1980s. Then, to replace these biological extracts, the cosmetics industry searched for groups of substances with properties, if not similar, at least close to those of the controversial extracts, and which worked according to the same principles. Pretty soon, experts focused on techniques related to the concept of cell activity support or cell growth. Bud extracts were considered candidates that quite satisfactorily met the criteria defined. In 1984, Lionel de Benetti, then R&D Director of Clarins, spoke at an SFC conference on the use of meristem extracts.

Gattefossé was one of the first manufacturers to take interest in this technology. Perfectly aware of the positioning of their active ranges, too dependent on animal & human biology, they decided to redirect their R&D department towards issues mainly involving the plant kingdom. Based on old publications, their first extracts from buds and meristems were prepared and tested by comparison with the specialties of biological origin to validate their usefulness and highlight their efficacy. Some varieties were relevant and entered the development cycle of new cosmetic actives.

Meanwhile, under the aegis of Éric Brun, who was then in charge of cosmetics marketing at Gattefossé, the marketing positioning was reviewed, in particular by looking for a name evocative of this new approach. The first name selected was Natuline, for “natural line”. But it could not be used for intellectual property reasons. Then, the name Gatuline emerged through associations and semantics: GAT for Gattefossé, ATU for nATUre, and LINE for product line. A new family was born

The first family member was Gatuline R, with an “R” for “Regenerating”, which was only logical given the starting point. The “R” quickly became “RC” for “Regenerating” and “Conservée” (“preserved”, in French), in order to ensure suitable conditions for use. This specialty was derived from beech bud, and the biomass origin was well-thought-out, since the idea was to use buds from beech forests located in an area with satisfactory enough purity levels: the plateaus of the Ardèche region, in France, far from the usual soil and air pollution channels. Trees were not felled to get the buds, and the branches were treated at the right season, so as to ensure renewal in the following years. The traceability, purity, and fair trade standards of the time were also complied withAfter several years of R & D, this specialty will be introduced on the market in 1992.

Since then, the family has expanded, as many descendants were developed. Right now, the range is composed of a series of specialties defined as objectified, 100% plant-based actives whose biological properties were clinically tested. However, only Gatuline RC is derived from buds.

Today, many other companies produce bud and meristem extracts, like Greentech, who developed the Cryobourgeons range claimed to feature buds containing growth substances which provide regenerating properties. These substances act on growth and cell differentiation at very low concentrations. The two main substances found in buds are auxins and cytokines. Natural auxin is known as beta-indolyl acetic acid, and it is obtained from tryptophan. And natural cytokines’ basic skeleton is an adenine purine base found in the DNA molecule. As for the Provital company, they have developed clove and pine extracts. Then, PRODHYGEM® O2by Prodhyg contains a blackcurrant bud extract, and Phenbiox manufactures a vine sap extract containing a complex mix of nutritional substances, like mineral salts, amino acids, natural saccharides, polyphenols, organic acids, and auxins. This ideal cell nutrient awakens asleep buds. This specialty is present in liposomal systems to efficiently transfer the vine sap without altering its properties.

This concept tends to be mistaken for PSCT, i.e. Plant Stem Cell Technology: click here for more explanations.  If it is less current today, as is often the case, this concept may reappear one day from another angle. What we see or hear about growing plant tissues and “urban farming” around young shoots goes in this direction. To follow then!

Thanks to Eric Brun.