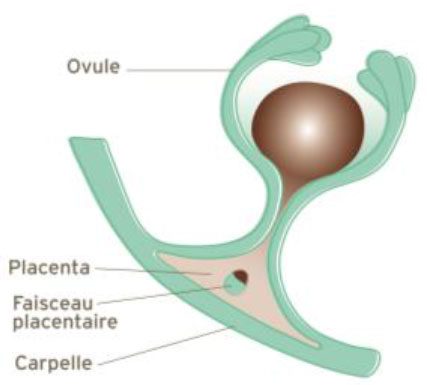 This name has often made cosmetics experts – and others – laugh, if not more, given the extent to which the notion of placenta is associated to the animal kingdom, and certainly not to plants. And yet, other than its originality, this approach directly or indirectly made strong trends emerge in beauty, like organic cosmetics, or the idea of plant stem cell extracts used as actives: the famous PSCT, or Plant Stem Cell Therapy.

Here is a flashback.

Placenta and placenta extracts in cosmetics

The use of biological products in cosmetics dates back to a time when the idea of cell therapy started emerging, in the interwar period. Although research was initially focused on glandular extracts, since scientists had just discovered the role of hormones in the ageing process, placenta was very quickly found most interesting. It has always been considered a precious material filled with symbolism in a number of countries. And in certain cultures, it is traditionally buried in a specific place, where it has a protective function for the family. For example, in Maghreb countries, placenta is buried at the feet of pomegranate trees for girls, and fig trees for boys. The saga of placenta extracts started in the 1930s, when Russian ophthalmologist and cornea transplant specialist Vladimir Filatov observed better results when the corneas transplanted were maintained under cold temperatures or subject to desiccation for a certain period of time. As a consequence, he hypothesized that any living tissue subject to pain makes and releases bioactive elements to maintain their cells alive. At that time, the chemical nature of these elements was not known, so they were called “biostimulins”. Since then, it has been established that these mysterious biostimulins are peptides much similar to growth factors, which can explain their action. As a result, Filatov’s theory was applied to other animal tissues, and in particular to placenta which, given its function, was thought to be able to provide bioactive elements. These approaches helped provide cosmetics brands with alternatives to hormonal extracts, increasingly used, for example in the US, or in Amor Skin, a cream developed by German brand Opterapia. In the 1930s, Helena Rubinstein herself designed a product composed of two specialties, which she named Hormone Twin Youthifiers. But then, these substances were banned in Europe, so brands had to search for alternatives.  As soon as 1950, placenta extracts were used in cosmetics according to two different logics:

The French Lyon-based Mérieux Laboratories had developed a gamma globulin extraction technique using human placenta. The extraction residues released in the process soon became a specialty of Lyon. Then, Professor Cotte, a hospital pharmacist-biologist, got an idea: what about upgrading these residues by applying the Filatov theory and turning them into enriched extracts to stimulate cell renewal? The extracts were marketed under the name PhyldermÒby Gattefossé, a company also based in Lyon.

As he pursued this research work, in 1959, Bernard Guillot, a pharmacist who had previously worked at Gattefossé, developed Placentor, a cream highly efficient in treating serious burn victims, which was successfully tested at the Lyon Saint-Luc hospital. So, the first cream was born in 1959, in Lyon, at a time when maternity hospitals all across the world sent the Mérieux Institute a profusion of placentas.

Just like the animal placenta extracts later questioned by the BSE, the ban on blood derivatives in the early 1990s put an end to the use of blood products in cosmetics. Bernard Guillot, who, in the meantime, had become the R&D Director of Sicobel, was extremely fond of plants: as he read through the literature, he found publications on what French and British botanists called “placental beam”, a substance found under plant pistils. It is a substance present under the pistil of the plant. He will baptize this substance “Plant Placenta” and will seek to reproduce a similar effect. This passionate botanist relies on “gemmotherapy”, phytotherapy with buds. This concept will return in the 2000s with meristem extracts improperly called “plant stem cells”. The plant placenta can be effective in the essential nutrients it contains: amino acids, peptides, mineral salts contained in plant tissues in the native state. Located under the pistil of the young plants it plays the role of nourishing liquid by feeding the fruit during its growth. The goal will be achieved by combining a rich oligopeptide hydrolyzate from soy, with a nutrient-rich bud extract. The plant placenta concept was born. Tested with several methods, given its properties, it showed high capabilities in terms of biological stimulation (increased oxygen consumption) and Transepidermal Water Loss (TEWL) regulation, one of the main functions of cosmetic products. Also, the active developed happened to be rich in amino acids, including the leucine/isoleucine couple needed for collagen synthesis. 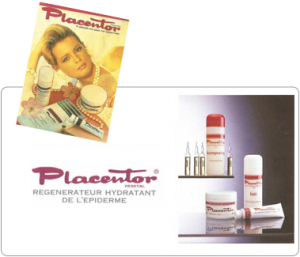 The Placentor cream was marketed by Laboratoires Sicobel, a natural dermocosmetics laboratory founded in 1959. In 1991, following Bernard Guillot’s breakthrough, plant placenta replaced the active in the range, which became Placentor Végétal. Guillot got the idea of working on this plant-based material to integrate it to his cream base as a substitute for human placenta. And he was right to do so: his formula was almost ready when the ban was issued, and he only needed a few more months to switch formulas without any marketing interruption. 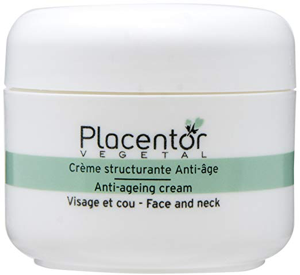 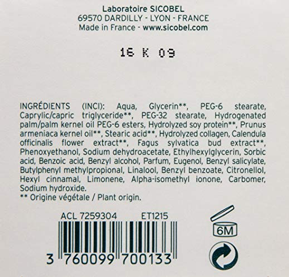 Nicolas Fouchère took over Sicobel after six years of experience as a registered pharmacist and a career in the industrial and distribution sectors. He graduated as a pharmacist in Lyon, in 1978, and got a homoeopathy certificate in 1987. At that time, Sicobel was a small enterprise, with a turnover equivalent to €120,000 today, almost with a single product. The cream was successful in his pharmacy, since he was himself much keen on plant-based treatments. He recalls:“Given how efficient it was, I was really surprised at how little known the cream was. So, after I got my EM Lyon diploma at CPA (business school), in 1981, I decided to go back to the industrial sector. I became the Sales & Marketing Director of Laboratoires HYDRA, in the Alsace region, and then succeeded Bernard Guillot, when he put Sicobel up for sale, in 1996. I thought that, in addition to making formulas ‘more natural’, we could develop a whole Placentor Végétal dermocosmetics range. From a single product, it became a broad range, which helped us structure the laboratory by integrating all services needed, from design to manufacturing and marketing.”

Later, Sicobel was purchased by the CONDAT group, which keeps developing the brand today.

That is it for this saga… But then, what is the point of this review?

For example, it shows how organic cosmetics gradually emerged, starting from an original development and a logic of serendipity under coercion. Of course, it was not the only triggering factor, but as a matter of fact, this “small” brand was later part of the brand group that founded Cosmébio, an organization which soon managed to boost organic cosmetics. It led to the emergence of certification processes and bodies, like Ecocert– everyone knows about it now. And then, gradually, the organic concept firmly settled on the cosmetics market, representing a real innovation in the industry, although it was not necessarily driven by technological innovation. This episode perfectly illustrates how a regulatory constraint can turn into a major fact. In addition, gemmotherapy was developed especially thanks to Gattefossé and the first product of the Gatuline range, Gatuline RC BIO, which was derived from beech buds. Lastly, the PSCT concept (Plant stem cell technology) emerged as arguments about stem cells got more substantial. It consisted in using plant stem cells and appropriate techniques to prepare actives with particular properties. There are many specialties in this field now: the first, developed by Mibelle, was based on apple stem cells – many others followed.

Thanks for their help to : Bernard Guillot, Nicolas Fouchere, Eric Brun