Beauty accessories have always occupied a special place in beauty routines. And today, as cosmetics are getting increasingly more accessorized, people are more than ever interested in them. Some of them even make up the functional part of products. Within this context, rollers represent a particular category. Of course, I am not talking about hair rollers used for hair styling, although they could actually belong to the beauty accessory category, but about the various devices that treat the skin to provide a specific result. If they are very old, rollers are regularly put back in the spotlight. Today, the pinch roller.

These devices are directly related to a method called “Jacquet pinching”, which is very well-known in the aesthetics world. The pinch is pinching the skin to take off between the thumb and forefinger with quick gestures and to reach the deepest muscles. It is a massage proposed initially in the management of scars and fears neuralgic pains. Invented in the 30s, this technique is currently taught in all schools of aesthetics. On dry, cream-free skin, the skin is pinched between thumb and forefinger with the fingertips. The dry, cream-free skin is pinched between the thumb and forefinger, with the finger pad. Then, the muscle is seized deeply, without being stretched, and small, strong pinches are practised on the whole face, in particular the oval. Also known as the palpate-roll technique, this method is mainly used in beauty salons, but also at home, with your hands or a specialized machine. 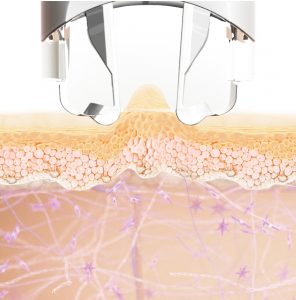 Later, this initially manual technique was subject to particular developments aimed to mechanize it. The most widely known device, and by far, for a very long time, is based on the technology developed by Louis-Paul Guitay, called Endermology®. Endermology® reactivates cell activity through gentle mechanic skin stimulation (mechano-stimulation). It treats different tissue targets with a very broad scope of application. The treatment was initially delivered with a device, by a professional. The treatment heads fitted with rolls or lifts were used to delicately seize the skin tissue and naturally target various body and face areas. The first device developed over 25 years ago by this company was Cellu M6 (1986). This body device was upgraded many times – and many patents were registered. A face version was also developed: Lift 6 (2000). Later, the Wellbox, directly based on the LPG professional technologies, was a cell stimulation device for personal use, which provided the Endermology® benefits at home (2005). It was followed by Mobilift M6 (2013). 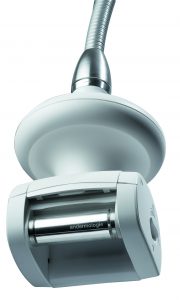 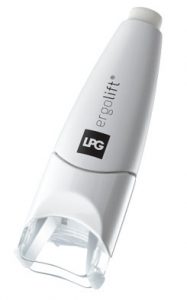 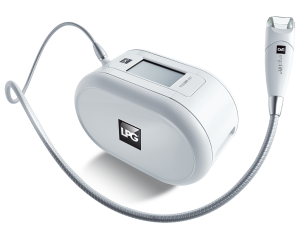 Lastly, a home device was developed at some point, as part of a “co-branding” between Philips and L’Oréal: the Perfect Slim Pro. This cosmetomechanic, anti-orange-peel, anti-flabby skin kit was intended to fight against skin sagging. In collaboration with Philips, the L’Oréal Laboratories set up an innovative method combining the power of a palpate-roll massage with the cosmetic efficacy of a slimming concentrate. 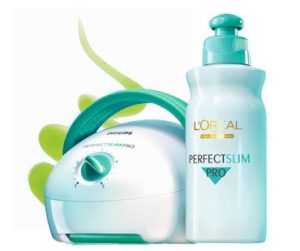 More generally, the mechanical stimulation of the skin makes it possible to obtain rather notorious effects. Indeed, skin in general and fibroblasts are more specifically sensitive to stretching or mechanical stimulation, inducing positive reactions such as significant neocollanogenesis. On this basis, other devices than rollers have been proposed. These contributions provide a more precise description of these effects, either for mechanical effects or for what is now called mechanobiology.