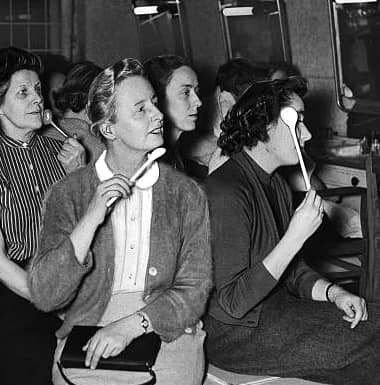 Beauty accessories have always occupied a special place in beauty routines. And today, as cosmetics are getting increasingly more accessorized, people are more than ever interested in them. Some of them even make up the functional part of products. Within this context, rollers represent a particular category.

Of course, I am not talking about hair rollers used for hair styling, although they could actually belong to the beauty accessory category, but about the various devices that treat the skin to provide a specific result. If they are very old, rollers are regularly put back in the spotlight.

In this first part, we will examine the Massage rollers.

They are probably the oldest existing devices: they simply consist of systems that describe a bottom-up movement on the face or body to massage the skin. On the body, the idea is to make the muscle mass and body fat “move” to stimulate drainage and peripheral circulation. In Europe, the first devices emerged quite long ago: in the 1920s, there were already catalogues offering devices that could apply this type of technique. See this catalogue :   BIU Catalogue

For example, in Europe, the Point Roller was the trendiest tool in the 1930s. It looked like a rather special roller: it “produced natural blood circulation in fat parts” with a “gentle, penetrating suction effect” and targeted a specific area to “remove fat from a predetermined part of the body”. 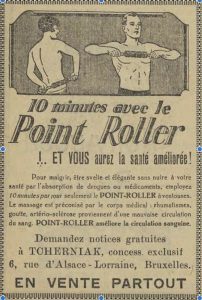 Nowadays, roller devices are directly inspired from these techniques. The most common applications are roll-on deodorants, but there are more and more skincare and hygiene products based on this system on the market. They consist of bottles fitted with a ball which offers a gentle massage on the area treated, while delivering the product.

In the US, the idea of combining a massage and gentle pats in one face care product was referred to as face contour “modelling” or “remodelling”, just like a sculptor would create a clay bust. The company most widely associated with face moulding was Primrose House, founded in 1921 by the Lowell Company, in Massachusetts. The face moulding device used by Primrose House was patented in 1923 (US: 1443725). 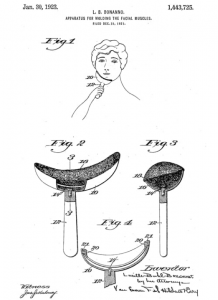 Although other companies also used the idea of face modelling in the 1920s and 1930s, it seems the only one to have developed a face moulding device similar to Primrose House’s was Elizabeth Arden.

The variants of these devices include mallets, also known as “patters”. These are very similar to massage rollers, since they share some of their principles, but they were mainly developed in the US in the early 20thcentury. They took on different shapes, but usually consisted of a round pad attached to a metal handle used to tap the face in a patting movement. It was thought to enhance circulation and help firm the skin and reduce its lack of suppleness. The direction in which you used the models was significant: just like for face massaging movements, to avoid dragging the skin downwards, the stimulation was applied upward, from the centre of the face outward. In the 1950s, a similar technique using a reversed spoon was also invented. 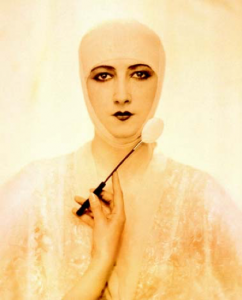 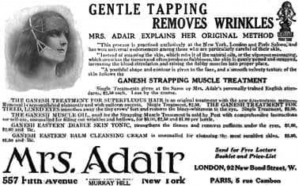 Dorothy Gray and Elizabeth Arden were among the main brands to have developed these devices. Later, electric devices able to provide micro-pats were also offered by these specialists.

But today, Asia is most active in this field, with its famous jade roller. Based on traditional Chinese medicine, this roller made of the jade gemstone is to be used on the face to stimulate tissues and massage the underlying muscles. Although they are pretty old, these devices resume the techniques developed by beauty salons in the early 20thcentury. 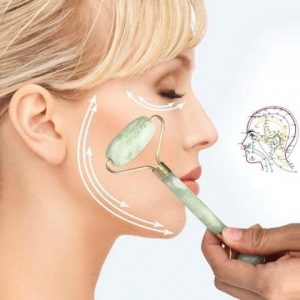 They exist in very simple or rudimentary forms, such as wood, but you can also find many, more or less electric ones on the market: 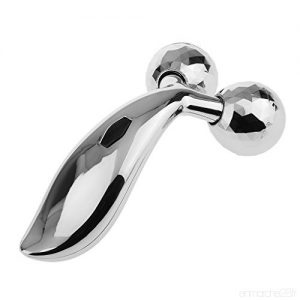 There is a technique described as very recent, which is based on these principles: mechanobiology. It consists in mechanically stimulating the skin with an adapted device to generate a positive response from the skin tissue. To learn more on this technic, see this link.

On the following part, we will consider the “pinch” roller and the so called micro needling technic.