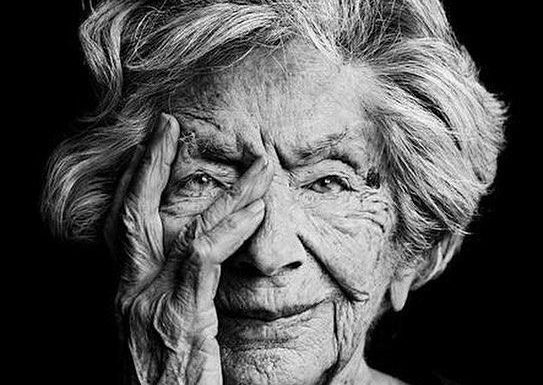 Every day God gives goes with their own “digital” advances in our trades. All fields are concerned, but skin diagnosis or characterization is at the forefront. This phenomenon is not new: it started a few years ago. But, as things usually go with innovation, the process has accelerated and become exponential.

As you must have noticed, the latest advances include L’Oréal’s proposal of a new skin diagnosis system. Developed in partnership with Modiface, using Artificial Intelligence as a complement, it is surely the most sophisticated device we have seen lately – on paper at least, since we have not had the opportunity to test it. This user-friendly application is called Skin Consult AI: the user takes a selfie and agrees for the picture to be used. The image is analyzed by different means to characterize any signs of ageing. The skin is assessed according to seven criteria: visibility of deep wrinkles, visibility of fine lines, dark spot intensity, lack of radiance, dark circles, lack of firmness, and visibility of pores. Then, the user is asked for her age and level of skin dryness: the map generated indicates both her skin’s “advantages” and weaknesses. 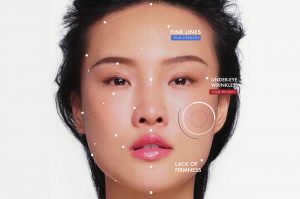 Beyond the novelty of the proposal, all this is made possible by the use of data from already rather old research that helped define these criteria. These various studies included work on skin characterization, which a few teams from around the world had initiated. Some people will mainly see in them the application of modern techniques to create new paradigms and different approaches. Others will more reasonably feel that it is the result of rather old work done over 20 years ago to characterize the notion of healthy skin and understand the organization and structure of ageing criteria, their appearance sequences, and their evolution over time.

I will not go as far as mentioning the work done by Max Factor, 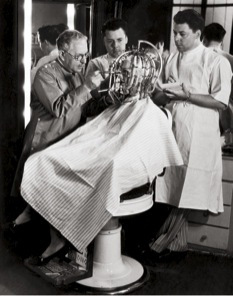 who, almost a century ago, endeavoured to understand the notions of morphology and the relationships with the perception of beauty. I will only remind you of more recent research.

CERIES(1) took interest in these notions in the late 1990s. In different series of studies, this organization focused on characterizing signs of ageing. This work had resulted in a list of signs of skin ageing. Afterwards, specialists set up an age index, a sort of score that can be found in more recent research. The development of these scores was to help classify and compare different skin groups. Researchers had found that there was a gap between real age and the score in 50% of cases. 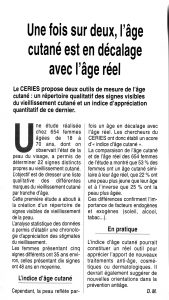 Then, this work had been published accordingly in Arch_dermatol02_agecut

Without what recent approaches eventually provided, like Artificial Intelligence, this research was quickly forgotten… And it’s a shame, since the recent advances confirm its validity.

Although it only concerns a superficial organ and it is only interesting in the short term, cosmetics is definitely not just a superficial activity. Real research is possible, and sooner or later, it does result in significant applications. Just give it some time and get rid of too superficial thinking!

To all those that did that work, well done!