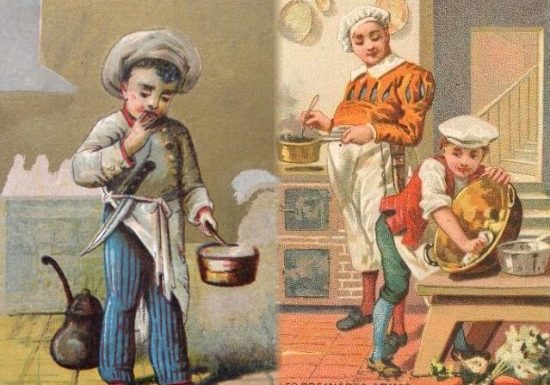 If the “masters” formulators were the way of the future?

When I talk to different people, it seems obvious to me that our trades are in a slump. The two fields in which something might actually be happening are Artificial Intelligence (AI) and Do It Yourself (DIY). I respect this trade too much – it was my job for a long time – to take any real interest in this DIY issue. I am not specialized in this field, and the approach may be legitimate, but objectively, I am not sure it corresponds to anything concrete. In any case, what I am sure of is that it will not be of any help to make progress.

In a recent article published on the HUB Institute’s website, the industries in which one can apply for artificial intelligence are described in great detail. And, without pretending to be Stanley Kubrick, who imagined the future with a control system boosted by artificial intelligence, it is not a scandal to try and think about these issues. In a study conducted by Deloitte, the authors admit it is hard to anticipate tomorrow’s jobs. But they do think a few positions will still be created, others improved, and quite a lot destroyed according to Schumpeter’s theory. So, what will be the trades of the future?

Formulation trades as we know them today, certainly not.

Some people will be reassured when they see that in a Business Insider study, the trades said to be most in danger of being automated are loan officers, receptionists, and paralegals. And the people who work in the field of regulations might as well start thinking about it. In the same study, other fields in which artificial intelligence could play a role are described. Again, we can be reassured, because it is all about very well-structured approaches mainly based on purely technological and repetitive concepts. And of course, there is nothing about formulation, or even the art of mixing ingredients, except maybe cooking and fast-food. Should we relate low-cost phenomena in cosmetics to fast-food? The proliferation of all sorts of products could make us think so, but everyone is free to think otherwise.

However, in the same study, it is more surprising to see that artificial intelligence could be associated with artistic creation. Music, poetry, painting, and architecture are actually mentioned. It is a utopia to consider formulation an artistic trade, although those who work in perfumery think so. Still, it is true this activity involves much creativity.

So, will artificial intelligence replace humans? I have no idea. I just think there are trades for which it may not be that obvious to have robots control the whole thing. There might be an alternative to the ‘all-robot’ or ‘all-grub’ options, which would help us use artificial intelligence for the best and make human intelligence benefit from it. In the field of formulation, this could correspond to the rebirth of ‘stirring geniuses’. There used to be people like that, who had this specific skill, the art of mixing ingredients, and who made rather unexpected things. Today, we would call them ‘formulation geeks’. And serendipity would sometimes take care of the rest. Still, if we make a comparison with cooking, individual art is still widely recognized. Let us take the example of Guy Savoy, who has just been recognized as one of the world’s best chefs, apparently much before Chef Watson, IBM’s digital chef. So, why not?

Why not imagine that formulation could be likened to this rather particular, oh-so individual art that used to make our industry successful? Remember formula creators like Nivea, Nutrix, and many others: they had a firm positioning as regards their formulas. Little by little, we made this trade become a scientific trade, but are we really sure it was the right thing to do? Of course, it requires much skill and technique, but cosmetics still represent a science of pleasure that is not only based on efficacy and functionality. Maybe we made the mistake of systematically trying to transform a ‘beauty product’, as we used to say, into a sort of medicine. I must have played a part in this, but people can change their minds. Maybe we still have enough time to go back to more traditional practices and a mode of representation that few organizations have preserved, which involves formulations that are real recipes, not catalogues of ingredients. Laboratory ‘chefs’ would then be formulators rather than managers. There are still a few cosmetics chefs left today, but they are quite rare – an endangered species (just have a look at this example). Just picture these people endowed with great patience and much experience in the art of mixing, busy doing their own cooking, relying on advanced knowledge of ingredients resulting from artificial intelligence, and on agile, blockchain approaches!

I plead for us to go back to this practice, whether these few grumpy people like it or not. Besides, some people have understood that perfectly well and have already adopted it.

But then, we will need to identify those that can embody this function in laboratories, and train them, not just to the art of formulation, but also to the art of communication. Indeed, it is through this type of approach that we may get even better at passing on the playful, dreamlike messages our trade has so well managed to create over the past decades, rather than get lost making hypotheses about the role of such or such enzyme or microRNA: they are unknown before they get used, and they are soon forgotten for the benefit of the latest ingredient!!!